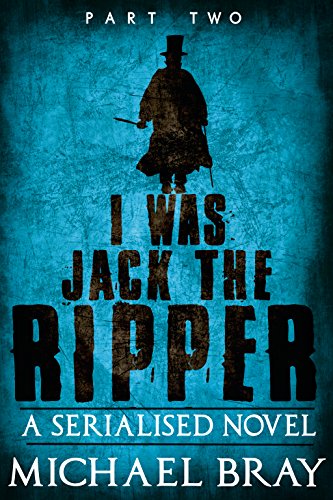 Everybody knows of the terrible Murders which took place in Whitechapel, England in 1888. The notorious Jack the Ripper was responsible for the mutilation and murder of five women before he slipped away into the night never to be seen again. In this blend of fiction based on fact, Writer Charles Hapgood comes face to face with the a man claiming ripper himself years after the last brutal murder took place, and is intent on telling the story of how he was transformed from a regular child to the evil beast that he became.
As Hapgood hears the story unfold, his initial skepticism is challenged by his unexpected visitor’s extensive knowledge of the crimes. As Hapgood listens, he is plunged into a world of madness, squalor, abuse and manipulation when his visitor tells how his hatred for women was countered by a desire to love and be loved, and how when obsession turns to rejection, an ordinary man can go to extraordinary lengths when he feels there is no other option left but to become a monster.

In part Two, Miller continues to confide in Hapgood about the events that transformed him from man to the monster he would become, causing Hapgood to question his own morals when more shocking and tragic details of Miller’s life are told.

Mr. Bray sure did his research before putting these stories together, and I’m enjoying my visit in 1893 Whitechapel with him as my guide. Miller makes a new friend near the end of Part Two – and I can’t wait to see where the story is going to go in Part 3! Miller recognizes the man right away – you will too ::winks::

I was Jack The Ripper (Part Two) on Amazon, and Goodreads

Michael Bray on Amazon, and Goodreads

Check out Part One of I was Jack The Ripper

It’s been five years since the grisly events in Whitechapel, and the man believed responsible for the crimes, Jack the Ripper, has yet to be captured. Charles Hapgood is writing a book about the murders, and has agreed to meet with someone who has information on the case. Everything about this meeting is unusual, so when the writer invited the stranger into his home at 9:00 p.m., he is already on edge.The man introduces himself as Mr. Miller, and begins to tell Hapgood that he would like to hire him to write his memoirs. Ignoring Hapgood’s obvious irritation, and his many requests to leave, Miller finally brings the conversation back around to the murders, and Annie Chapman. He produces a piece of evidence, unknown to everyone but the investigators, and Charles Hapgood finally understands.
The man sitting in front of him is Jack the Ripper, and he has a story to tell.

We’ve heard the theories, seen the movies, and researched the case online for ourselves. We KNOW this story. Right?
Wrong.
Michael Bray takes us deeper, and gives us a voyeuristic introspective of the MAKING of the Ripper.

(I can’t wait until May 19th! I’m totally invested in this story, and I can’t wait for more!!)